Home » About Motor Control » Valve actuator was weak and noisy

Valve actuator was weak and noisy

A virtually soundless, low-cost, brushless DC-motor and state-of-the-art control provided a both high and variable actuator force along with lower material and production costs.The Task: 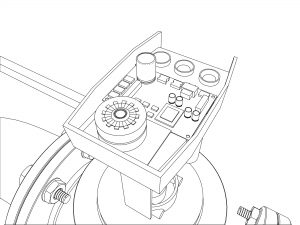 The valve actuator used to regulate valves, primarily for handling water or steam in buildings. The actuator is linear, i.e. the valve shaft is pushed into and pulled out of the valve chamber. Traction is in the region of 250–1,000 N, stroke 10–50 mm and the speed is variable up to a maximum of 1 mm/s. At meetings with Unjo, the client presented two immediate problems – that inadequate motor torque control caused small valves to break and the noise level was far too high.

The Challenge:
Finding a suitable motor type for the application without increasing the total product cost

Actuators of this type are generally powered by AC induction motors or stepper motors. Induction motors produce a constant speed, and the correct position is achieved by ordering the actuator in the right direction, i.e. until the valve is in the right position. Stepper motors can be positioned, but with low performance. Neither of these motor types can be controlled with variable torque and thereby variable actuator force – at least not without extremely complex adaptation.

Unjo’s proposed solution entailed switching to a BLDC motor and completely redesigning the control electronics. The primary requirement from the client was that the cost of the product should not exceed the existing solution. 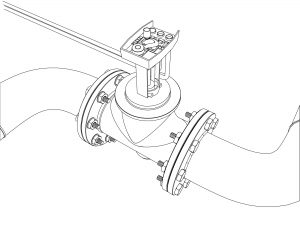 The new actuator is powered by a virtually soundless brushless DC motor. The motor type had never previously been used for this type of actuator – one reason being that before now, motors have not been available in a price category compatible with  this kind of applications. Moreover, there have not been the components or methods to produce the necessary electronics with sufficient cost efficiency.

The motor is adapted to be compatible with the actuators both in terms of mechanics and the technical drive solution, without modification. Although it is considerably smaller than motors that have been used in previous solutions, it delivers significantly higher torque. Moreover, the torque is readily adjustable. The control electronics, although slightly more complex, have been considerably miniaturized and built with modern technology. In order to further save costs, the testing procedure has been significantly streamlined, both when producing the printed circuit board and when mounting and testing the actuator.

The Benefit:
High and variable actuator force along with lower material and production costs 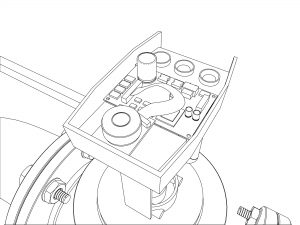 The risk of breaking small valves due to excessive force has been eliminated by precisely controlling the motor torque, which means that only one version of PCBA has to be produced and stocked thereby producing major production savings and simplified logistics. The right torque, and thereby also the right actuator force, is set during final testing when the actuator is assembled.

Greater and silent power resources of the motor have also expanded the market for the product. New actuator types with higher power than before (roughly equivalent to double) can be produced by a simple torque adjustment. The considerably better controlled torque than before finally gave rise to direct improvements in actuator functionality and performance.

Unjo’s proposed solution entailed switching to a BLDC motor and completely redesigning the control electronics. The primary requirement from the client was that the product cost could not exceed the existing solution. Three measures have been taken to meet this requirement – optimize the electronics design, deeply involved in the specification and procurement of the right type of electrical motor and finally adapted the client’s production process and built a high-performance production testing system for the PCBAs.

During the development project, Unjo also contributed to the client’s marketing strategy as well as added new functionality and performance to the actuators by enhancing the control software which further expanded the clients’ available markets and actuator market share.

FPGA-based solution made it 40 times faster

Visit us at the SPS 2021 exhibition

Visit us at the SPS 2019 exhibition